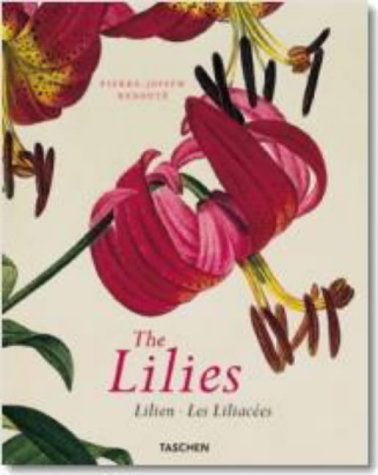 You don't have to be a connoisseur of lilies to appreciate these beautiful specimens. In fact, the less you know about them the more this new book will fascinate you. Gathering all of the plates from Pierre-Joseph Redoute's original eight volumes (published between 1802 and 1816), Les Liliacees is not just a book about lilies -- it's also a foray into an exacting and rare art.Redoute is widely considered to have been the one of the best botanical illustrators; he had not only a breathtaking skill at translating the natural world onto paper but also strove to improve printing technology (he introduced ""stipple-engraving"" to France). His contributions to the art of botanical illustration are unequalled; in fact, the complete set of original volumes of Les Liliacees is highly prized -- its current value is approximately $400,000. For considerably less, you can have all of Redoute's 486 lilies, beautifully reproduced on thick, creamy paper. Flipping through, you'll be transported to the magical world of 19th-century botany. A pure delight.

Review
Art teacher to French royalty including Queen Marie Antoinette and both of Napoleon's wives, Pierre-Joseph Redoute had come from an artistic family in the Ardennes and, prior to discovering flower portraits, specialized in religious frescoes. It was during a visit to the Netherlands that he came across the work of Van Huysum. So entranced was he by the Dutch floral paintings that, despite working for his brother painting theatre sets during a lean period in his life, he managed to find time to paint small floral water-colours which soon attracted the attention of leading botanists of the time. Published prior to his celebrated Les Roses between 1802 and 1816, Les Liliacees is his most comprehensive work and was printed under the patronage of Empress Josephine, whose garden at Malmaison, gave Redoute so much inspiration. > >The title is somewhat misleading as it includes not only members of the >liliaceae family but those of the iridiaceae, amaryllidaceae and >orchidaceae. However it is worth remembering the nomenclature of many >plants at that time was incorrect and with the current advances of science are liable to change yet again in the future. >All 486 plates of the eight volumes published are represented here together >with the new nomenclature and common names if applicable. A brief synopsis >of Redoute's life together with a short essay on the lily family precede >the >plates and enlighten the uninformed of the beauty and versatility of this >family of plants. From the well-known amaryllis, narcissi and tulip to the >more obtuse moraea, haemanthus and anigozanthos, there are illustrations of >plants familiar to most gardeners and the beauty of the illustrations will, >if not already known, inspire them to try the rarer plants in order to >bring Redoute's beauty into their own garden. > >A large book suitable for both the shelves of the professional gardener and >that of the amateur with an interest in botanical illustration or just for >those who appreciate fine art.